It’s not uncommon to see machine shops use stacked buckets, empty coffee tins and other crude containers to collect parts from their machines. That trick does the job, but it certainly does not offer additional benefits for running smoother production. One company has developed a new automated parts carousel that not only catches and collects parts from a machine but also sorts the parts. The device saves operators time checking containers for part overflow and eliminates sorting by hand. It also saves money on coolant because it sends coolant that drips off collected parts back to the machine for reuse.

The Smart Table automated parts carousel, manufactured by Pressure Tech (a New England Tool Corp. company) and distributed by iSwiss, is designed with an indexing table that includes perforated, pie-shaped, powder-coated bins that collect parts. The smaller of the two models, the ST-15, offers six bins (standard), and uses a smaller footprint compared with the ST-22 model that offers 14 bins (standard) and a slightly larger footprint. Both models can be customized to suit individual shops’ needs. 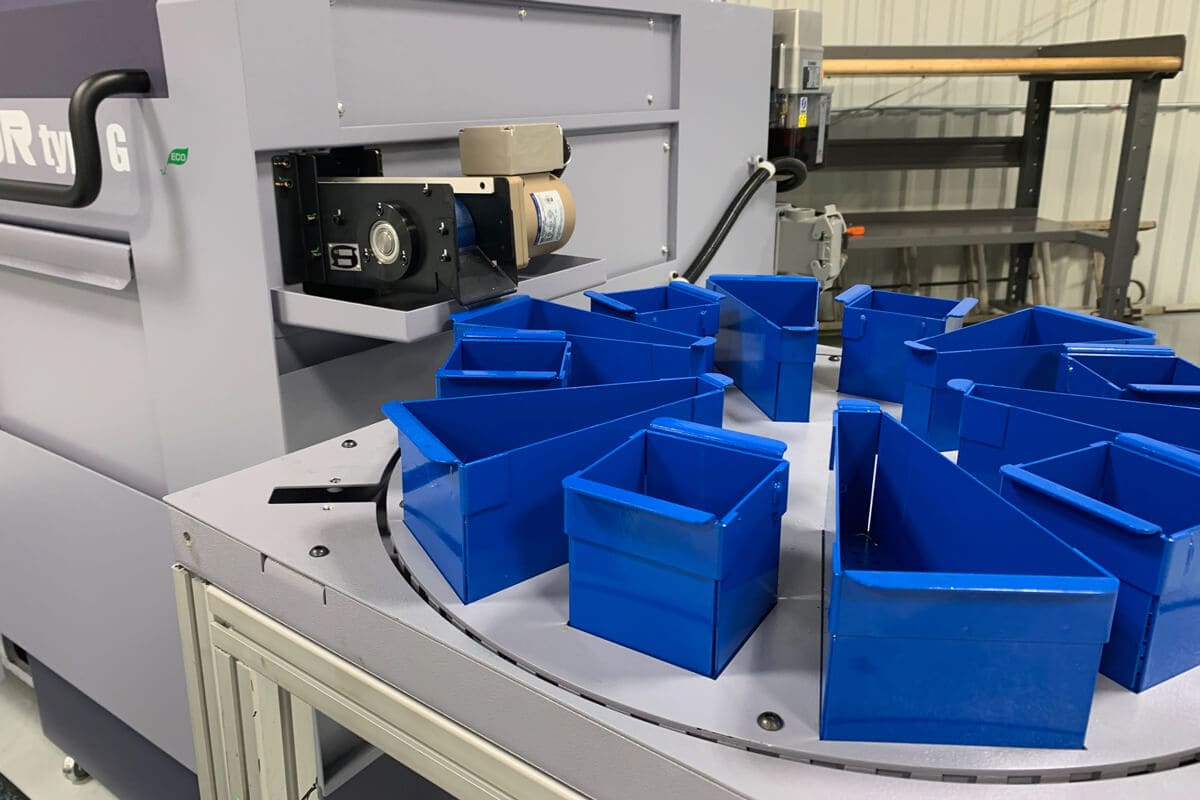 Swissturn/USA Inc. (Oxford, Massachusetts) has integrated the ST-15 with a Star CNC SR-32J sliding headstock lathe that produces parts that are usually 1 to 1 1/8 inches in diameter by 1 ½ inches long. The shop uses the timer program on the device to collect the parts. According to Jesse Ziegler, manufacturing manager, that helps segregate the lots for easy checking of parts or formal inspection.

Swissturn sets the device for a certain amount of time, and during that period it will catch, say, 50 parts in the first bin before indexing. Then it will capture another 50 parts in the second bin and index again. This process repeats. After the first bin is filled, the operator checks the first piece to drop in the next bin. “If it is good, you know everything before that was good,” Ziegler says. “If there was an issue with that piece, then I know I can take away those parts. The risk of nonconforming parts is minimal, as long as you stay up with the parts and check them periodically.”

The device’s automatic sorting/segregating of parts can also potentially free up an operator to tend to other machines.

The Smart Table also makes formal inspection easier when an operator chooses the inspection mode. With this mode, the device will index a tray and drop one piece in a bin and then index again. This makes it simple for an inspector to perform an in-process inspection to check the one part that was dropped separately from the rest of the parts.

The timer program that Swissturn mostly uses is one of three programs available on the carousel. Part counter and M-code programming are also available and can be changed with a touch of the device’s control screen.

The device’s versatility is one of the reasons Ziegler was attracted to it when he first saw it at a New England Tool open house; not only can the programming be easily altered but the device can be wheeled from machine to machine. And with a standard wall plug, the device does not need to be hard wired to a machine. 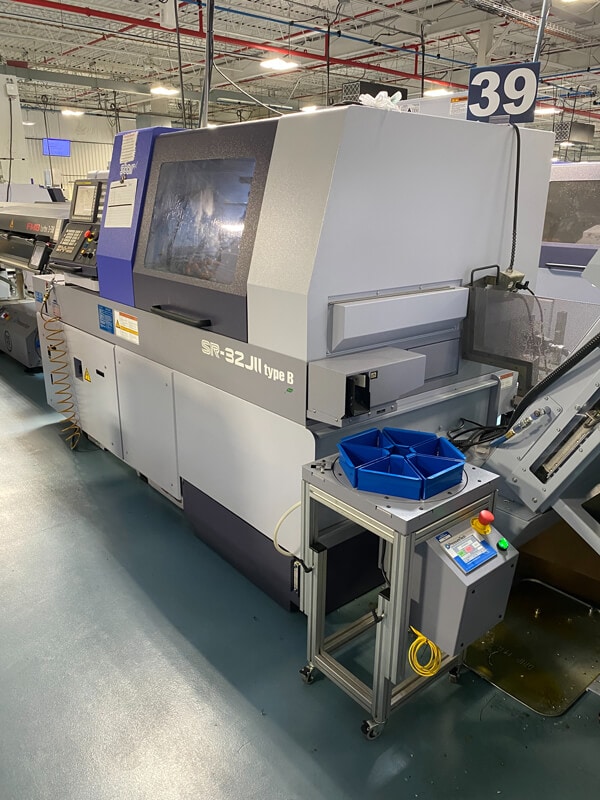 Since implementing the Smart Table, Swissturn has saved money on coolant costs because of the device’s coolant drainage system. The system returns coolant that drips off parts back to the machine to which it is attached. Setup is as simple as wheeling the device to a machine, plugging in the electrical cord and then attaching the drainage tube that it came with to the machine’s coolant tank.

Not having fluid run off and collect in the bin or drip on the floor has been a vast improvement in the shop’s part collection process.

Prior to its use of the Smart Table, Swissturn stacked a couple of five-gallon buckets at the end of the machine to catch the parts and the coolant runoff. Then every day or two, an operator would dump the coolant back into the machine. The company also invented its own system to strain coolant from the parts. “We had a strainer sitting inside of a cup, and then we had a hose that went back down into the coolant tank so the coolant dripped back in,” Ziegler explains. “But that method tends to be messy and leaks.” Not having fluid run off and collect in the bin or drip on the floor has been a vast improvement in the shop’s part collection process.

In addition to the new collection device doing its job well and keeping fluid off the floor, Ziegler says he is happy to get rid of the buckets that he thinks were an eyesore on the shop floor. He is pleased with the Smart Table’s aesthetics, explaining that its blue color matches the machine’s color next to where it sits.

The simplicity of the device is the overall benefit of owning it, according to Ziegler. The “simplicity” he is speaking of is referring to the Smart Table’s functionality as well as setup and maintenance. He says it takes 10 minutes to set up and attach it to a machine, not including unpacking the unit from the box. He adds that the device’s maintenance is minimal and involves a weekly checkup to keep it free of chip buildup and to ensure the drainage holes are clear of blockage.

“There’s really not any directions that need to be read prior to setting it up and using it,” he says. “You plug it in, turn it on and easily navigate through the touchscreen. It’s very simple.”