As a road technician for CNC machines, your days and weeks can be filled with typical services such as a bearing replacement job or an alignment. On other days, it can be electric troubleshooting, ball screw changes, and motors all in one day.

The most involved and interesting process I have ever done is a replacement of the linear rails on a CNC machine. More specifically, it was the sub-spindle Z-axis rails on a 38mm Star machine! To preface, the job was originally called in for an alignment as this machine crashed due to an operator error. When I got in to perform the service, I realized the machine must have hit extremely hard because it was retracting out to its home position and the Z-axis rails were bent. There was a giant bow! Now I say “giant” bow, but in machining terms, this giant bow was .020 over 4 inches.

Sometimes you can get lucky, and you can “re seat” the rails by simply loosening and retightening them. In this case, it was so far out that replacement rails were needed. After a few weeks of waiting for the new rails to arrive, it was time to remove and replace them. This required the facility to provide means for me to physically hoist everything on the Z axis rails up in the air. These components not only include the sub spindle (which is a build in induction motor) but also all the cables components too.… weighing quite a bit.

They were able to fasten a hoist to the ceiling. Once I had everything unhooked and the bolts were removed, it was time to lift the unit, exposing the rails and allowing me to remove and reinstall. After that was complete, I had to lower the spindle back down and then perform a full machine alignment. If something wasn’t cleaned well enough, or a piece of debris fell in unknowingly, everything would have to be removed again and recleaned. This would be detrimental to the alignment of the machine post op.

I would highlight this type of job as unusual solely on the labor involved. The massive scale, yet the finest detail must be worked in such a way that if overlooked it will cause other issues down the road. Another reason this is unusual is because it is a very rare occurrence. I only had to do this twice so far in my career. The machines have many safety interlocks that don’t allow big crashes to occur. Sometimes, an unlucky line of code or a bad input into MDI can be the difference in changing your rails, or pressing cycle start to continue making product with no issues.

Safety, and taking your time cannot be stressed enough when setting up or operating a machine. A few small actions can lead to fewer incidents, such as double checking your work! For example, when you’re touching off tools, take the time and double check if it was performed correctly. Don’t rush through it and again always double check your work. Another wonderful piece of advice is “don’t trust anyone, double check things yourself”. When I’m out on a service call, I see some operators tend to be more on the lax side, trusting the previous operator or a technician changing things in their machine. Always make sure you as the operator know what the machine is going to do (Be certain everything is set correctly). I would also add one last helpful advice, watch the Distance to go screen, and utilize the rapid and federate override switches. This could save you from a crash 100% of the time.

As always, be mindful when entering in codes to MDI. The machine will do whatever you tell it to do. They don’t just crash themselves, (trust me I hear that A LOT but we know that is never the case). Be aware and understand what the machine is doing. As I mentioned above, inputting the wrong code at the wrong time, the machine wont always stop itself and nicely say “excuse me, I’m unable to follow that command” ….in the worst case it will just go about its day and crash. And no one wants to say they crashed, or inherit the cost of fixing what went wrong.

These images are from a SV-32 E axis rail rebuild 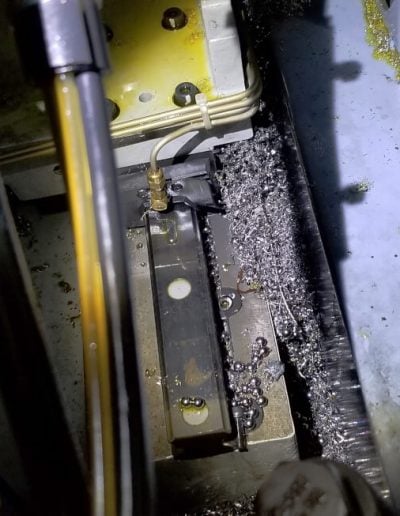 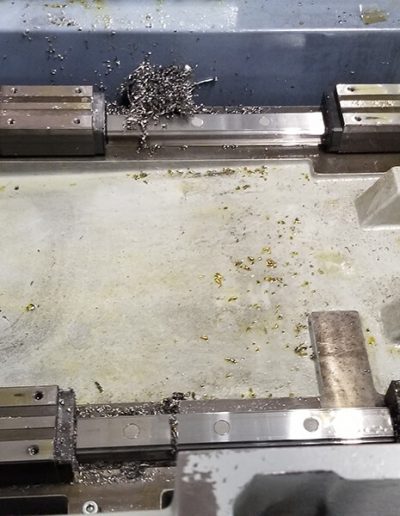 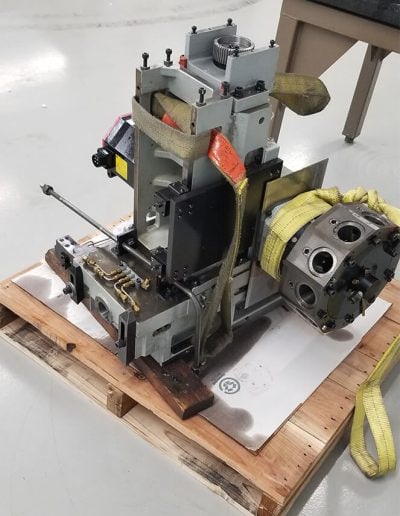 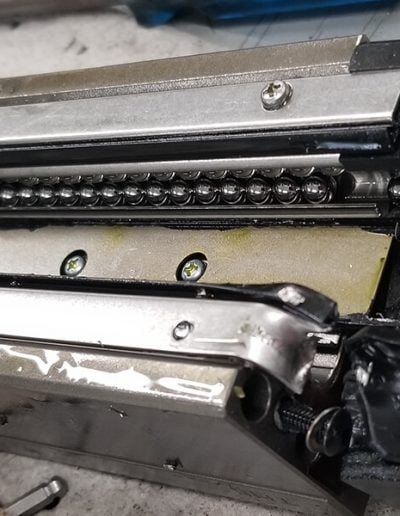